Can you feel it?

You know that feeling you get when you hear the wind in the trees and see the whitecaps on the water in the sunlight? You can feel you pulse racing and you’re just itching to get out on the water?  Well, that time is now in The Gorge!  In between rainy days, there are starting to be some glorious sunny days now with westerlies filling The Gorge west to east. 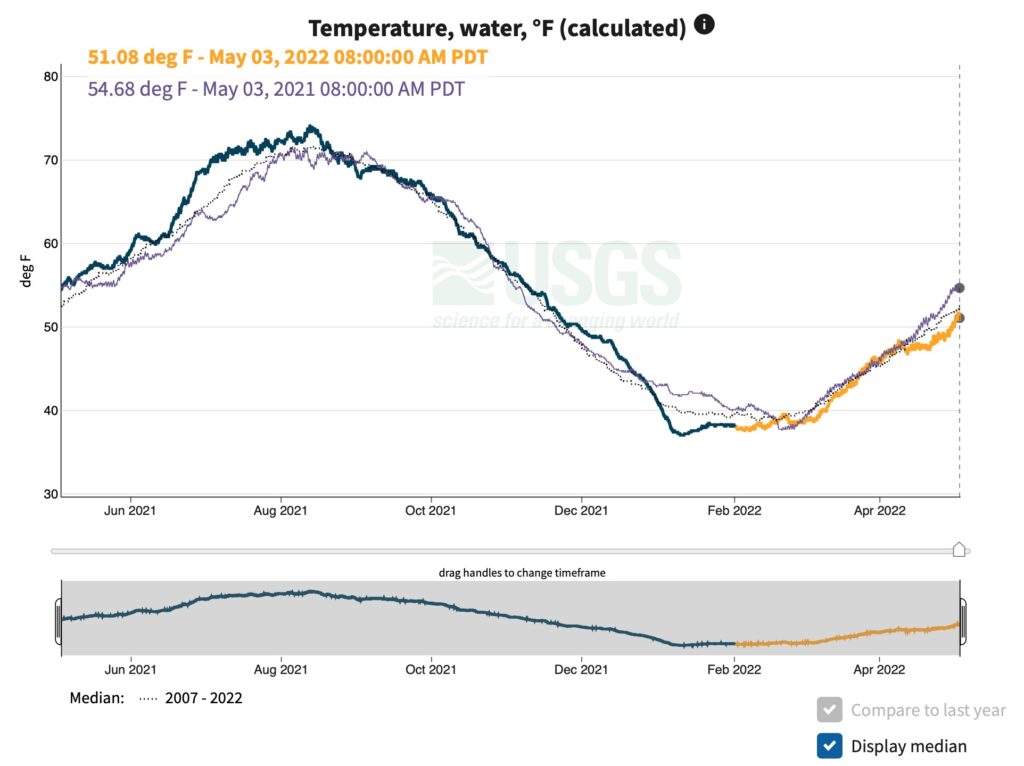 Columbia River Water Temperature at The Dalles, May 3, 2022

In other news, the The Hook has two new rigging areas!  There’s a new rigging area built by the Port of Hood River through a grant by Travel Oregon and financial assistance from CGW2. It’s a great new addition and since it’s next to the CGW2 Groms trailers, it’ll make it that much easier to get the young ones out on the water.  (We’ll post photos soon when the trailers are in place.)  There’s also a new DIY-style rigging area (perfect for wingers) on the south end of The Hook with some new steps leading to the water.  The three rigging areas should help spread the love during busy summer days at The Hook.

Rigging areas at South end of The Hook